Matt’s roots can be traced back to Michigan’s Upper Peninsula. It was here where he fell in love with the bicycle at a young age. By the age of 12 he was a BMX state champion. From there he went on to race MTB cross country and dual slalom. In high school and college he wrenched at local bike shops until transferring to Michigan State University where he studied Mechanical Engineering. While at State, Matt competed on the Formula Racing Team consisting of engineering students who design and manufacturer open wheel racecars. MSU races against 140 schools from around the world.

It was here where Matt gained invaluable experience working with MSU’s Composite Research Lab to design and test the team’s carbon fiber components. As a senior, Matt led the team to a podium finish at the FSAE World Championships and a victory in the Road & Track competition. Also, during college, Matt worked at the General Motors Technical Center in Powertrain Design, Marketing and Engine Calibration.

After graduating 3rd in his class at State, he moved on to the Nissan Technical Center where he worked as a Powertrain Calibration Engineer for nearly 4 years.

It was here where Matt spawned the idea for SISU CYCLES, INC. Working many late nights and weekends, Matt put together the framework that has developed into his life’s passion.

On July 28th, 2006, Matt retired from Nissan to devote 100% of his efforts to SISU CYCLES. In August the shop was moved over 400 miles north to the shores of Lake Superior in historic Marquette Michigan. After outgrowing the Marquette shop in 2011, a new shop was built in AuTrain, MI on Shelter Bay. It is here where the magic happens. Currently you may catch Matt testing his designs on Marquette’s South Trails, coaching the Youth MTB Program for Ishpeming/Negaunee or racing for the SISU CYCLES racing team. 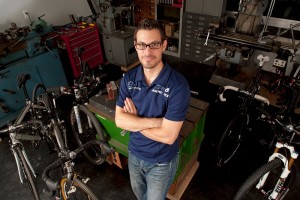 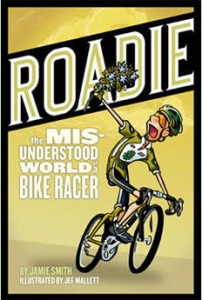 Jamie: Did your family think you were nuts for leaving a job with Nissan to start a bike company?

Matt: Yes, everyone, including me. My career at Nissan was moving along quite nicely. The company was great to work for and I really enjoyed my job. The pay was great and the job was very challenging. I even lived in Japan for 3 months (while I was engaged to Angela, now my wife) to be trained on emissions controls. Then, about 2 months before my last day I received a promotion ahead of schedule. My last day at Nissan, I was shaking I had so much anxiety. I said to myself about a million times… “What the @#$% am I doing???”

We offer our customers everything from stock frames to full on custom designs. Our race frames are built for speed with an emphasis on durability so your bike will last a lifetime.  Matt achieves SISU’s original design by hand crafting and customizing each frame with excellence. Knowledge, experience, creativity and passion are the essential elements in laying the foundation for the pure authenticity found in his frames. Matt’s commitment to artistic beauty through his original design is what defines SISU CYCLES.

Matt in the original shop when SISU first began.
Photo by Eric Marcott